songs of the architect

Evilfoot is an Atlanta-based rock n’ roll band formed in 2009 by vocalist/guitarist Joshua DeRosa and drummer/vocalist Lucas Fuentes, formerly known as the Dead Rabbits. Musical brothers since freshman year of high school, DeRosa and Fuentes evolved their musical chops through numerous bands before landing on Evilfoot’s swampy blend of melodic rock, early blues, and ’60s garage. Their self-produced debut, The Rabbit That Roared (2010), won raves from the independent music press for its unique, eardrum-grabbing style: Performer Magazine called it “pure and raw,” saying Evilfoot “effortlessly hint at their influences without the need to pay an outright homage,” and as the Miami New Times raved, “With only one guitar, Evilfoot still manage to sound epically heavy, and there are enough stop-and-start, off-kilter patterns in the riffage to keep everyone paying attention. [They] could exorcise demons and make them dance.” With a determination to keep the sound simple and gritty – and thanks to commanding live performances described by Creative Loafing as “a compelling, youthful whir” – Evilfoot are unlikely to blend in, back down, or be mistaken for anyone else.

Kid Meets Cougar is an “electro-organic” A/V collaboration between Las Vegas couple Courtney Carroll and Brett Bolton. During live performances, Courtney and Brett multitask on multiple instruments, trade vocal duties, and trigger homemade projection-mapped videos to accompany their special brand of tuneful, loop-friendly electro-pop.  Courtney usually plays drums, keyboard, and auxiliary percussion, while Brett plays guitar, bass, and triggers/manipulates A/V samples on the fly using 2 SPD-S drum pads, a joystick controller, and a foot controller. All of Kid Meets Cougar’s songs are written, recorded, and mixed by Kid Meets Cougar in their home studio, Sasquatch SoundLabs. Their newest E.P., Sierra Papa Tango, was released February 24th, 2012, along with their new projection mapped live show. Their first album, For Breakfast, was created over the course of a year (roughly June 2008 to June 2009), and was chosen as as one the of top 10 albums of 2009 by the magazine Las Vegas CityLife.

Atlanta-based trio Telegram is one of those bands that you want to keep to yourself. Vocalist/guitarist Troy Bieser is one part Nick Drake, one part Paul Westerberg, and the kind of songwriter that seems to telegraph your innermost thoughts to everyone else in the room. Upright bassist Rob Henson is absolutely hypnotizing, while drummer Jamie Shepard sits deep in some lunatic pocket. The music is confessional, somewhere between starlight lullabies and the Stones’ Exile on Main Street, between Chet Baker and David Bowie, and their independently-released debut All The World Asleep Tonight won raves from the Atlanta press as Best Local Release in 2006.

TODAY THE MOON, TOMORROW THE SUN 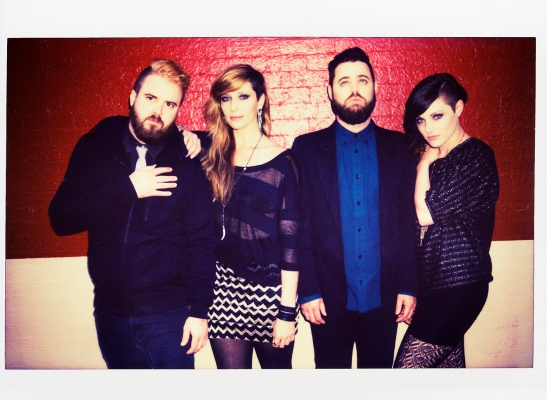 Folks say Today The Moon, Tomorrow The Sun occupy a strange land, a territory full of noisy chaos that dances around many perfectly manicured landscapes; other folks have made up odd sub-genres for them (“Dreamy Disco Punk”, “Bullet-proof Dance Jams”, and “Indie-Electro-Fuzz-Rock” to name a few.) In August of 2009, they quit their full-time careers to book, tour, record, and get in front of as many people as possible. Since then, they’ve toured 15-20 dates a month all over the Eastern half of the US, growing loyal fan bases who continue to spread the word about Today The Moon, Tomorrow The Sun like wildfire. Though their dwellings are in Atlanta, GA, they call their 1992 Dodge conversion van home.

In 2011, they released WILDFIRE (re-released by Greyday Records 11/22/11), a 12 song document of perseverance and a homage to their fans (who actually funded the making of WILDFIRE through a very successful Kickstarter campaign). It’s about changing the things you wanna change and doing the things you wanna do. It’s about refusing to settle and working hard for what you want. It’s about really seeing your past, present, and future. 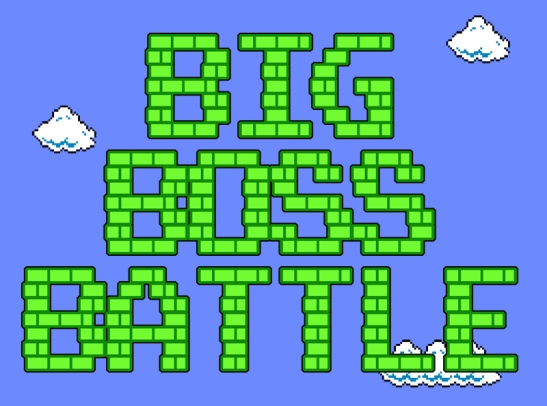 Big Boss Battle dwells in the same land of shadowy mystery as Nine Inch Nails, early Foo Fighters, and Donkey Kong: Is it a full band? The work of a single mastermind? Or 27 chipmunks dressed up in a gorilla suit? We may never know. What is clear, however, is the enormous joy that exudes from BBB’s Nintendo-style 8-bit takes on songs we know by heart. Whether covering R.E.M. or reinterpreting great cinematic scores, Big Boss Battle puts the bleep in bleepin’ awesome.

You won’t find a merrier band of brothers than the Handlebars. This ambitious cross-country collective bonded over a shared love of songwriting, Pashley bicycles, and old-school studio gear like the Moog Opus 1 and the Spectrasonis 610, then poured that love into their music, along with diverse influences ranging from avant-garde cello concertos to the collected works of Eudora Welty. Some have called them “too good to be real.”